Whilst carrying out a termite inspection at a home in Bli Bli on the Sunshine Coast we found active termites.  Our termite technician recommended installing an Exterra Termite Monitoring and Baiting System to bait out the active termites and offer protection to the building from future termite attack. We installed the termite monitoring stations around the home and an above-ground station on the termite activity.

How effective is Termite Requiem bait?

We added Termite Requiem bait into the above ground station, termites find this bait irresistible and very palatable.  We then monitored the baited station every three weeks re-filling the station with the Requiem bait as the ‘worker termites’ fed aggressively on the bait emptying the station and taking the bait back to and feeding it to the rest of the colony and queen in the nest.  After a couple of visits inspecting and re-stocking the station we noticed less and less ‘worker termites’ and a colour change and eventually only ‘soldier termites’.  This shows that the colony is on its last legs as with only having ‘soldiers’ protecting the nest and no ‘workers’ to feed the ‘soldiers’ and ‘queen’ a colony cannot exist.  After a couple more visits we were able to declare colony elimination!

The photo below shows termites feeding on Requiem bait 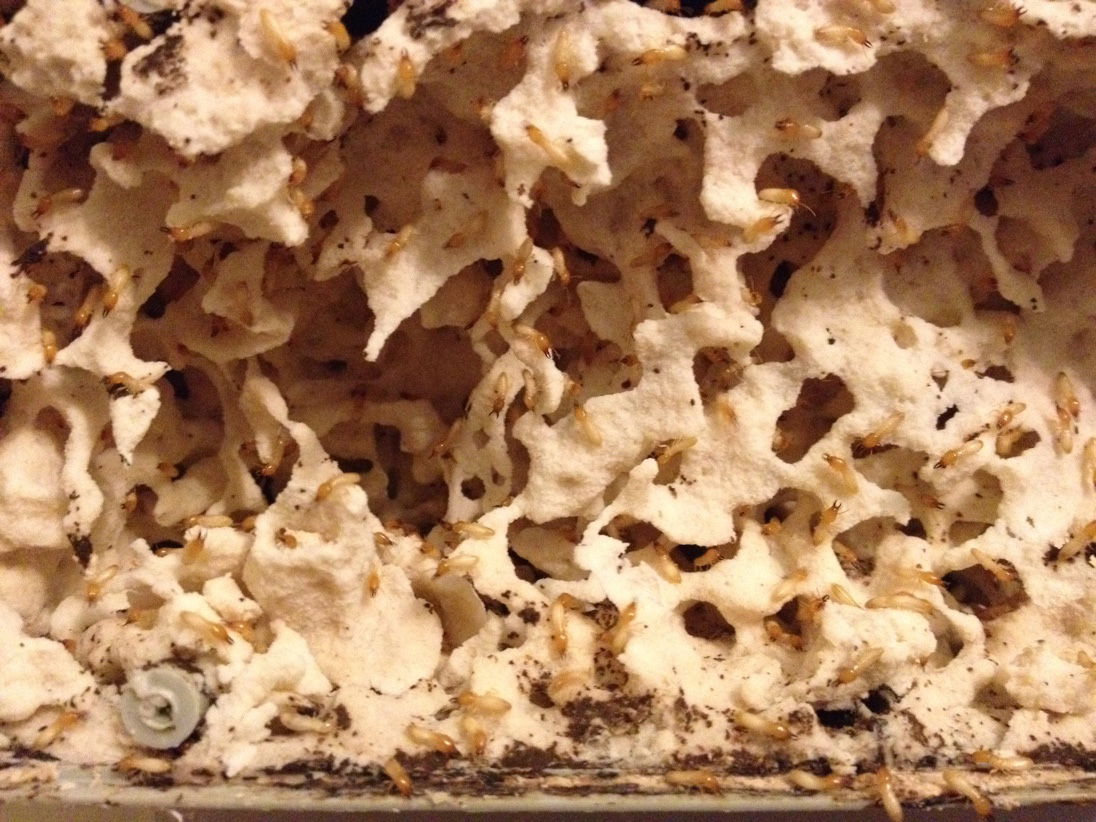 Baiting termites is very different to chemically treating termites.  When we inspect an active termite job, our termite technician will recommend the best suited treatment plan; our quotes and recommendations are obligation free.